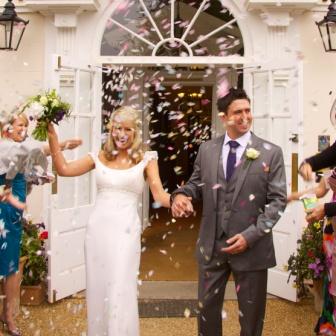 Owners of Hadley Park House Hotel Mark Lewis and Geraldine Lewis said: “We are delighted to have won this award especially as couples who have married at the hotel played a part. It’s very exciting for the Hadley Park team and of course for all past, present and future couples who have or will celebrate their marriage at our hotel. Weddings are a very important to the hotel and we host over 100 each year, so we’re thrilled to receive a national award that recognises excellence. We are looking forward to the National Finals in London this week.”

Founder of The Wedding Industry Awards, Damian Bailey said: “The awards really have become the gold standard for wedding excellence in this country and, as our regional award ceremony proved, the wedding industry in the West Midlands is packed full with passionate, innovative and committed suppliers.”

Hadley Park House Hotel has been under the ownership of Mark Lewis and Geraldine Lewis for the past 10 years who have restored and refurbished the Grade II Georgian Manor House. The hotel incorporates 22 bedrooms, the 200 seater Mulliner Suite and award-winning AA Rosette restaurant.